Now that the dust has settled from the elections, Congress will be turning its attention to the debate over housing policy.

Thanks to national policy that has acknowledged the importance of the home in American family life for almost a century, generations of Americans have counted on their homes for their children’s education, their own retirement and a personal sense of accomplishment.

But despite the fact that most Americans want change that will mend the housing market, create jobs and boost the overall economy, policymakers are proposing radical changes that threaten the dream of home ownership for millions of current and future Americans.

The policies that are being considered could negatively impact Americans’ ability to buy a first home, keep their current home or enter into the move-up market. 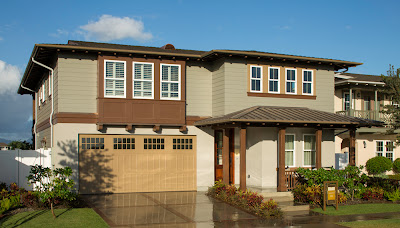 Eliminating or limiting the mortgage interest deduction would impose a huge tax increase on millions of middle-class home owners and discourage prospective buyers. Changing the deduction would cause after-tax housing costs to increase, and housing demand to decrease.

Reduced demand would depress home prices, producing a sizable loss for existing home owners, leave more home owners underwater and fuel even more foreclosures. Such a change in home values could weaken the economic recovery and perhaps drive the nation’s economy back into recession.

The national Qualified Residential Mortgage standard that is being proposed by federal agencies would require a minimum 20 percent downpayment and other stricter qualifications, which would keep homeownership out of reach for most first-time home buyers and middleclass households. According to National Association of Home Builders estimates, it would take 12 years for the typical family to save enough money for a 20 percent downpayment on a median-priced single-family home. Other research has found it would take even longer.

Even though there is pent up demand for homes in many parts of the country, the construction or sale of which would create jobs and support local economies, lenders are not making loans to qualified home buyers. Creditworthy borrowers are being prevented from buying homes by overly restrictive lending standards which is slowing the housing recovery and hurting the economic recovery.

Restoring the flow of credit to qualified home buyers will boost the housing market, help put America back to work, and strengthen the economic health of communities across the country by providing tax revenues that local governments need to fund schools, police and firefighters.

Just as each home is important to the family that owns it, housing is vitally important to local, state and national economies. It is critical that homeownership remains attainable and that access to safe, decent and affordable housing remains a national priority.

For more information on the impact of housing and home ownership, go to www.biahawaii.org or email info@biahawaii.org or www.protecthomeownership.com.
Posted by BIA-Hawaii at 12:45 PM