How Does Hawaii’s General Excise Tax Impact Our Construction Costs?

In 2011, Act 105 became law and disallowed the exemption of Hawaii’s General Excise Tax (“GET”) on subcontractor work by the general contractor. This law is scheduled to sunset on June 30, 2013.
Act 105 causes the GET to be charged multiple times on the same GET already paid. This practice is called tax pyramiding. Since the inception of Hawaii’s GET, pyramiding was cautiously avoided by exempting services that triggers tax on tax situations. 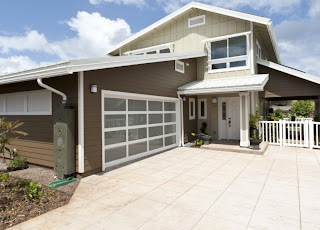 Example: When a cabinet maker sells to a cabinet installer (1), and the installer sells the same cabinet with installation to a general contractor (2), and the general contractor sells the total job with cabinets and the installation to you, the consumer (3), the State Tax Collector gets the 4.5% GET three times on the same cabinet, which is ultimately passed on to the buyer.

By allowing Act 105 to sunset on June 30, 2013, contractors will be allowed to pay the 4.5% GET at the first level, just once, and not continuously add the tax at each level. Contractors identify the amount the previous subcontractor has paid and deducts that from the amount due on the total sale. This practice lowers the cost of construction to you, the buyer.

The State Tax Collector is in favor of allowing this law to sunset on June 30, 2013.

Representative Sharon Har introduced HB 1194, which allows for the sunset of the subcontractor exemption. The Committee on Consumer Protection & Commerce has scheduled this bill for hearing on Wednesday, February 6, 2:30, in room 325 of the State Capitol.

Representative Sylvia Luke has introduced HB 1360, which would make permanent the suspension of the subcontractor exemption. It has a single-referral to the Finance Committee, of which she is Chair, and no hearing has yet been scheduled.

Please write to your representative to tell them to allow this law to sunset so construction costs can remain affordable in Hawaii.
Posted by Lea at 3:55 PM